On 6 May it was announced that five residents had died at a care home on the Scottish island of Skye at the centre of a COVID-19 (C-19) outbreak on the island. 57 residents and staff at this care home have tested positive for C-19. Ten deaths have also recently been reported at a care home in East Dunbartonshire.

Statistics from the National Records of Scotland show that by Sunday 3 May there had been 2,795 deaths in Scotland where C-19 is mentioned on a death certificate. More than four in ten of those deaths (42.8%) have been in care homes. The proportion of deaths in care homes has also been growing, accounting for almost 60% of C-19 deaths between 27 April and 3 May.

It is not surprising, then, that First Minister’s Questions at the Scottish Parliament on 6 May included questions on care homes. In answer, the First Minister explained that where a patient in hospital has the virus they must have two negative tests before they can be discharged and that a patient without the virus discharged to a care home must be tested 48 hours before discharge and must also be isolated for 14 days where the result is not known.

Two days previously, on 4 May, the Scottish Parliament’s health and sport committee launched a survey looking into the particular issues faced by Scottish care homes during the C-19 pandemic. The digital survey (link here) seeks responses on the preparedness of care homes to respond to the C-19 pandemic and how they have been supported and equipped to deal with its effects. The committee is seeking views from care home residents, their families and care homes staff. Over the coming weeks, the committee will be undertaking a series of short inquiries into the Scottish Government’s response to the pandemic. As well as looking at the issues faced by care homes, the committee will be looking at the government’s testing policy, issues around personal protective equipment (PPE), and the emergency planning and preparation in place with a view to supporting the health and social care sector’s ability to manage any potential ‘second wave’ of the virus, or future pandemic.

Since 22 February, medical practitioners in Scotland have been required to share patient information with health boards if they have reasonable grounds to suspect a person they are attending has C-19. The classification by the Scottish Government on 22 February of C-19 as a ‘notifiable disease’ for these purposes came before C-19 was so-classified in England & Wales on 5 March. The first confirmed case of C-19 in Scotland was on 2 March and the first C-19 death in Scotland on 13 March. Ordinarily, medical practitioners certifying deaths in Scotland caused by notifiable infectious diseases have to report the death to the Procurator Fiscal (PF), the Scottish prosecuting body which also arranges inquiries into fatal accidents and sudden deaths. From 24 March, C-19 has however been excluded from the list of diseases causing death which should be reported to the PF. There is, though, an obligation to make such a report where a C-19 death occurs and the death falls into another category which requires a report to the PF, for example deaths in prison and deaths “which may be related to a suggestion of neglect” or “where there is an allegation or possibility of fault on the part of another person, body or organisation.”

The concept of “fault” in the context of a C-19 death has, of course, never been tested by a Scottish court. Several issues of law would be likely to come into sharp focus if there is ever to be a test on public liability for an instance or instances of C-19. Such issues include what the standard of reasonable care means in the context of a virtually unprecedented global pandemic and with particular focus on the practicalities of securing and making available suitable PPE. Another issue is causation. Coronavirus particles range between 0.06 and 0.14 microns in diameter compared to an average diameter of human hair of 50 microns. According to the current science, which is understandably still developing, coronavirus may live on hard surfaces for up to 72 hours. A microscopic threat to health which may live outside of a human body for up to three days gives rise to obvious difficulties in tracing back a particular instance of C-19 to a particular causative event.

Now, as we approach the date only two months on from the first Scottish C-19 death, the focus understandably remains on saving lives. Nonetheless, the results of the Scottish parliamentary digital survey launched this week which will be used to support the committee in questioning the Cabinet Secretary for Health and Sport at a committee meeting on 2 June may assist with deepening public understanding of the position with Scottish care homes. 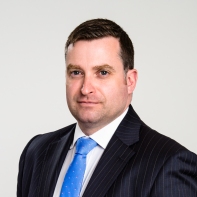 View all posts by BLM

This site uses Akismet to reduce spam. Learn how your comment data is processed.