Prior to the December general election, the Conservative party manifesto promised to reform social care.  Matt Hancock was asked at the briefing yesterday by the BBC whether the government was still planning a cap on care fees that have to be met directly, and whether  he accepted that social care reform could not be put off again.

END_OF_DOCUMENT_TOKEN_TO_BE_REPLACED

As the Political Party Conference season has drawn to a close we have examined the proposals of the main political parties in respect of social care.   As we look ahead to a seemingly inevitable General Election, the conference agendas will be provide the best opportunity for a sneak peek at likely manifesto pledges.

As the only main political party which is committed to remaining in the EU, the Liberal Democrats consider that the main threat to a deterioration in care services is Brexit.  It is believed that in order to  guarantee continued access to medicines and treatments and create the economic conditions to restore cuts to key services, the UK should remain in the EU.

At their conference, proposals were put forward to increase income tax by 1p on the pound to create £6 billion which would be used to meet immediate priorities, reverse cuts and invest in mental health.

The Liberal Democrats also propose to establish a cross-party commission in respect of NHS and social care funding and introduce a dedicated social care tax to fund it.

Labour has committed to introducing a free personal care for people over the age of 65 and create a National Care Service.  The overall cost is estimated at £8 billion and an eligibility criteria will apparently be set in due course.  It is not clear who would be ineligible as Labour’s vision is seemingly to provide the same level of support to everyone regardless of location and make social care free at the point of need.

Labour also pledge to address the funding crisis and support Local Councils by building capacity to enable councils to deliver care in-house as opposed to out-sourcing services and to improve the access to training by care staff.

Social care seemed to be high on the agenda of Boris Johnson following his election as leader of the Conservative Party, as he pledged on the steps of Downing Street on 1st August that his government would fix the social care crisis once and for all.

Whilst the Conservatives have pledged further funding for the NHS, Mr Johnson did not mention plans for social care in his conference speech.  The Minister for Health and Social Care Caroline Dinenage MP could not attend the conference due to commitments in Westminster and was unwilling to provide any substantial comment.

We are therefore none the wiser as to how the present government plan to tackle the crisis, or meet the gap in funding.  We would expect greater scrutiny of the Conservatives and their plans for social care in the run up to any General Election.

Impact on the  care system

All parties agree that the issue of Social Care needs to be addressed, with the Liberal Democrats and Labour pledging significant funding and the Conservatives expected to detail their own plans.

We are in a period of great uncertainty and it is difficult to know how the departure from the EU and a possible General Election will directly affect the care system going forward.

For the moment, there is no foreseeable change in the way the care system will be funded.  Care homes will likely continue to operate under funding pressures .According to the Liberal Democrats and the leaked documents from Operation Yellowhammer this situation will worsen if Britain leaves the EU. There is reference to stockpiling of medicines and increasing cost generally .How this manifests into claims is really a wait and see? 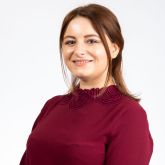 Have you subscribed to our other blogs?